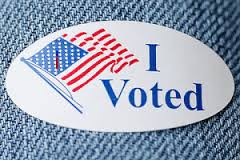 Parsha Dvar Torah
This weeks parsha, Lech Lecha, begins with one of Avraham’s greatest test, the challenge of Lech Lecha. “G-d said to Avram, “Go from your land, from your birthplace, and from your father’s house, [and go] to the land that I will show you.” (Gen. 12:1). This journey was more than physically leaving his father’s house. It was a spiritual journey of leaving behind the traits, idols, and philosophies of his father’s house, and going out to forge his identity in a new place with G-d as his sole Guide.
This can be seen in the words “Lech lecha” which translates literally to “Go to yourself.” G-d was telling him that if he wanted to discover who he really was, he would need to leave all his “nurture” behind. By doing that he would journey toward his own identity, not stumble along living the identity of his parents. (This was what college used to be about. Besides the education students received, they also had the opportunity to form their identity, away from all the people who would try to influence them to be a certain way. Unfortunately, today, many college students on campuses across the country, still remain under the influence, if you know what I mean!)
One of the famous questions asked about this passage is why G-d kept the destination from
Avraham, electing to only tell him “To the land that I will show you?” One answer I heard from R’ Akiva Tatz is very fundamental in understanding human growth.  (It is a bit deep, so if you haven’t passed the deep water test, make sure to take a life jacket with you!!)
In spiritual journeys, the greatest ones are the ones in which we can’t comprehend where he will end up. Spiritual journeys entail going to places that we can’t imagine we can reach. The spiritual world is called the world of thought (it has nothing to touch and feel, the only way you can imagine it is in the thought process.) In the world of thought, the moment you think of a place you are already there. The way one goes on a thought journey is by slowly thinking of one place after another, and as you think of each one, you have reached another place on your journey.
The same applies to spiritual journeys. If we can imagine ourselves a certain way, we are already halfway there. The great journeys are the ones in which we reach places we never thought possible. Recently, I was walking with someone to prayers on a Saturday night. He is someone who has grown enormously over the past two years. He remarked to me that one year ago, he could never have imagined keeping Shabbos. Although, he was interested in Judaism, and was learning a lot about the religion he barely knew as a child, nonetheless, he would tell himself that he was never going to be one of “those” that kept Shabbos. Today, he says that he can’t imagine himself without the blessing of Shabbos. It is the highlight of his week, and he can’t imagine living any other way!
The reason G-d didn’t tell Avraham the location of his destination was because He couldn’t. If Avraham could have seen it, he would have been there, and that would be no significant journey.
Let’s hope that we have the courage to follow Abraham’s trailblazing patheway, and set out on journeys to places that we can’t even envision right now! Journey On!!!

Parsha Summary
In this week’s Parsha,  the story of the creation of the Jewish people commences. In the beginning of the Parsha, Ha-shem tells Avram to leave his land, his birthplace, and the house of his father, and go to the place that G-d will show him. G-d promises him greatness, wealth, and children if he goes. We learn two things from the journey that Avram embarked upon. Firstly, in order for a person to make his mark in the world, he has to do things because he believes in them, not because it is the way he grew up, the custom of his people, or the custom of his parents. Additionally, we see that G-d never told Avram his destination, he simply told him to go “to the place I will show you.” G-d was not trying to hide the destination from Avram, He simply couldn’t show it to him. When one sets out on a spiritual journey, he can’t possibly comprehend his destination, because the journey itself transforms him into a different person, with a different perspective, one that he couldn’t have had at the beginning of the journey

As soon as Avram gets to Israel , the place he was told to travel to, there was a famine. This was one of the 10 tests that Avram was tested with. Would he have complaints against G-d who promised him greatness and wealth, or would he accept the situation, and know that G-d was doing what was best for him? (Avram underwent 10 tests, which covered every class of challenge his progeny would ever face, so that he could code his children with the spiritual DNA needed to overcome those ordeals.)

Avram traveled to Egypt to escape the famine. Knowing the rampant immorality of Egypt , he asked his wife Sarai to say she was his sister so that they wouldn’t kill him in order to steal his wife. As Avram suspected, they did indeed snatch Sara to become the king’s wife.  However, G-d intervened and miraculously plagued the house of the pharaoh until he got the message and, feigning innocence, sent Sara back to her husband with compensatory gifts. He then asked the couple to leave his country knowing that his people could not control themselves.

Avram went back to Israel, only to have an argument with Lot, his nephew, who was allowing his flock to pasture in fields which didn’t belong to him. Avram finally said to Lot, “Pick a direction, go there, and I will go the other way, but I will stay close enough to protect you.” (Important Lesson: If you can’t beat them, leave them. If you stay around people doing evil you are bound to get influenced.) After Avram parted ways with Lot , G-d appeared to him and repeated the promise of numerous progeny which, as a childless man 75 years old, Avram accepted unquestioningly.

Then came the Great War. 4 Kings vs. 5 Kings. All the bookies had the five kings as the strong favorites but, lo and behold, the underdogs took the five kings in a sweep, capturing Lot in the process. Avram set out to save his nephew with a few men, and this time, the bookies once again favored the wrong team, as Avram scored a miraculous victory. Although the king of Sodom (one of the 5 losers that Avram rescued) offered Avram all the wealth of his people, Avram refused to take any of it, being unwilling to exchange an infinite mitzvah for mere finite money no matter what the amount.

Once again, G-d assured Avram that he will have children that will be numerous like the stars and, not only that, he will also give them the land of Israel as an inheritance. Avram asked, “Whereby shall I know that I am to inherit it?” Avram knew that man has free will, and was afraid that he or his offspring would sin and become unworthy of the Holy Land. At this point G-d made a special covenant with Avram using different animal parts, to signify that his progeny would inherit the land in the merit of the animal offerings they would sacrifice in the temple.

After this, Avram, on the urging of his wife Sara, took a second wife, Hagar. She was the daughter of a pharaoh, who came to Avram and declared that she would rather be a maidservant in his house than a princess in the house of a pharaoh. Sara asked that Avram marry Hagar, hoping that she would have a baby that Sara would raise as an adopted child. However, once Hagar got married and became pregnant with Avram’s first child, she began to be haughty toward Sara, thinking that she must be holier than Sara if she got pregnant so quickly. Sara told Avraham of the outrage occurring in his house and said that G-d should judge what should happen with the situation.

Avraham told Sara to deal with Hagar as she saw fit, and Sara, sensing a woman who needed to remember the humility that brought her to the house in the first place, dealt with her harshly. Hagar ran away to the desert. An angel met Hagar and told her to go back and be afflicted under Sara, as it would teach her the humility she needs. He then informed her that she will have a child who will be a wild man, fighting with everyone, and she should name him Yishmael (Yishmael is the father of the Arab nations. As a matter of fact they claim that the Akeida- the final test Avraham was tested with, occurred with Yishmael their forefather and not Yitzchak, our forefather). She thanked and blessed G-d (this, possibly, is the root of Arab women who are happy with their suicide bomber children, as Hagar, the mother of Yishmael, accepts the news of her progeny’s wildness and banditry as a blessing).

Thirteen years after Yishmael was born, when Avram was 99 years old, G-d commanded him to circumcise himself. One of the ideas behind bris milah is the understanding that G-d, by design, creates an imperfect world so that we can be partners with Him in bringing the world to its perfection. This is true regarding food, he creates the olives, grains, and grapes, but we complete His creation by making oil, bread, and wine. He creates us with some negative character traits, and we spend our life changing them and perfecting ourselves. The ultimate symbol of this is our circumcision, in which we show that we believe that G-d only gave us the raw material (an uncircumcised body), and it is our job to bring it to its completion and perfection through the bris.

After this mitzvah, G-d informed Avram that He was changing his name from Avram to Avraham, and Sarai’s name to Sara. In Hebrew, a person’s name reflects their essence, so when G-d tells someone He is changing their name, it means that with it He is changing their essence. With their new names and essences, Avraham and Sara will finally be able to giver birth in the next Parsha, but I better stop here because I don’t want to give away too much!

Bereishis: The Genesis of the New You; Part 2

Power of the Parsha: Vayetzei